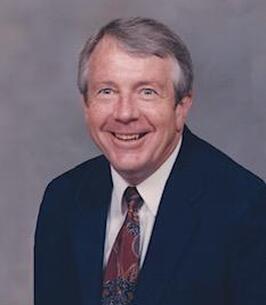 Ronald Preston Sallade checked into this life in Pittsburgh as the oldest child and only son of Earl Preston Sallade and Inez (Sallade) Ferguson. He grew up in the north hills of the Pittsburgh suburbs there. All his life he enjoyed a close relationship with his sisters and their husbands – Nancy and Ernie Jones and Phyllis Maier Burgess and Wayne Maier and Don Burgess.

Ron was always an athlete. He started out in football, but after three (3) concussions and a separated shoulder during his freshman year in high school, he tried track. He became a distance runner and did so well, that he earned a scholarship to the University of Pittsburgh. In fact, exercising and running became life-long passions.

Ron was a scholar and a spiritualist. He began his studies at Pitt before receiving a call to the ministry. He went on to obtain a Master of Divinity from Pittsburgh Theological Seminary, a Master of Science in Clinical Psychology at Ohio State (Group Therapy), a Master of Education in Counseling Psychology at University of Pittsburgh, and finally became a Certified Master Hypnotherapist through the Eastern Institute of Hypnotherapy.

After a break selling insurance, he became head pastor at Crossroads Presbyterian (Gibsonia, near Pittsburgh) and then landed at Union Presbyterian Church in Scottsville from 1976 until his retirement in 1997. He continued to preach part-time at Sparta First Presbyterian in Groveland Station for some time after.

Ron’s personal life was equally colorful. He was married during his senior year at seminary and had two wonderful children – Diane and David. After his divorce, 11 years later, he married again for 13 years. This union, in quick succession, produced 4 loving boys – Jeff, Tim, Ron, and Jon. The third time was the charm. Ron married Linda in 1982 and they reached their 40th anniversary on July 31st this year. Linda brought her two outgoing daughters, Jenny and Abby to the clan.

One of Ron’s greatest passions was his family. He loved visiting and playing with all of them as often as he could, and he and Linda made many sojourns near and far in doing so. In our ever, growing clan we have a total of 18 grandchildren and 7 great grandchildren with another on the way. Diane has Nathan and Ian. David and Jona have Julia (who with Brian have Jackson) and Max. Jeff and Leslie have Anthony (who with Natalie have Norah, Dominick, and Jamison), Alex (who with Michael have Oliver and Penny) and Eli. Tim and Khaleda have Camron and Maya. Ron has Aaron, Sasha, and George. Jon and Demaris have Elise and Cora. Jenny and Chris have CJ and Rhys. Abby and Eric have Nathan (who with Jane has Evie) and Cameron.

Ron’s other interests included finishing and remodeling his home as well as spending as much time as possible with Linda at their idyllic retreat above Honeoye Lake – otherwise known as The Cottage. This included writing sermons, and remodeling/upgrading to accommodate hosting kids, grandkids, and extended family for reunions. Many happy memories were made in the pond, on the rope slide, on the raft, in the paddle boat, and in the screen house. Wet kids and wet pets were equally welcome!

Ron’s other great passion was his spirituality, which led him on a journey that spanned his entire adult life. He became interested in meditation and psychic phenomena in the 1960's when a fellow minister introduced him to Edgar Cayce's work. Subsequently, Ron investigated many paths including the Charismatic movement, Buddhist philosophy, and New Age spirituality, all while remaining in the Presbyterian church. His search led to his certification in hypnotherapy and to membership and study at Edgar Cayce’s Association for Research and Enlightenment in Virginia Beach, VA.

Ron’s library was a treasure trove of mysticism and wisdom. He had such a love of human stories, and he often quoted from the “Chicken Soup of the Soul” books in his teachings. He loved movies with heartwarming messages and often quoted them as well.

Ron will be remembered best by all generations and many community members for his loving hugs, which he shared at every greeting.

All rights reserved. This obituary is also archived at obittree.com